Okay, this may be a very commonplace sentiment, but here goes.

Have you ever been to a place far from city lights and smog, laid out under the stars and thought about just how huge the universe is? Checked out the swath of Milky Way, the arm of our galaxy, one galaxy among millions? And meditating on these things, have you ever felt that quickening of awe in the center of your chest or maybe down in your gut when you see yourself and your life placed in context to all of that infinity? I get that feeling traveling in Bingöl sometimes, not just from the night sky, but from landscape and the ruins that fill the steppe and high pastures.

A hike for instance, a simple hike up into the mountains behind the town of Xolxol (Yayladere).

We set out with our picnic supplies—chicken wings, tea (of course), a samovar for the tea, water, bread, makings for a shepherd’s salad, pargaç bread and a bit of beer. With all this on our backs, we trudged up the hill past all the houses, panting and sweating, and then up the dirt road that hugs the mountain called Berroj (Facing the Sun in Kurdish), then past the old cemetery with graves carved with the shamanic images of old Turkic tribes, and up and up toward the “Kele” or castle.

It’s a tough walk—up sandy ridges that give way with every footstep, through pathless fields of thorny gunî (milk vetch). Once in a while we stumble on a little goat path and traipse along until it hits a streambed and then  once more plunge forward through brambles or up a slippery rock face. I am in front, and on the eastern face of the Berroj we seem to hit covey after covey of partridges. They burst out of the gunî in a sudden thunder of wings and panicked coos that sends me stumbling back startled each time.


The castle appears on our left—a gigantic ship of red and black rock frozen in its passage over the high pastures. It looks utterly unassailable, with grooved sides that remind me of the great Devil’s Tower in Wyoming and the legend of its formation. Two children took refuge on the mountain after being chased by a bear. The gods, taking pity on them, caused the mountain to rise higher and higher into the sky, beyond the bear’s reach, and the bear, in a frenzy of hunger and rage, tried to climb up the sides, gouging out huge grooves with its claws. That’s what the Castle feels like--it looms heavy and remote and scarred, as befits something created by the magic of a mythical beast and ancient pagan gods. 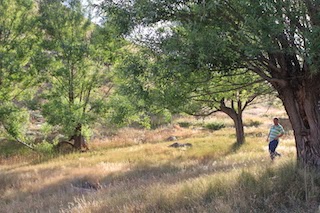 We set up camp next to a curve of willow trees in the tall pasture grass and take a break for tea and water. Then we continue around toward the western slopes where the ascent is easiest. The climb is breathtaking. We scramble up huge rocks and boulders and occasionally look down toward the steep drop where dry streambeds and shepherds houses are visible. 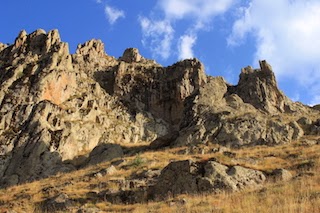 Our camp is getting tinier and tinier as we climb. The rock faces of the Castle are getting steeper and larger. Sometimes, after a particularly harrowing ascent up some crop of boulders, I stop and close my eyes to fight the vertigo. The landscape seems to be growing wilder and wilder--swallows and bats flutter from little hollows and nowhere do I see signs of human settlement. Everyone calls this rock the Castle and talks about the ruins on top but so far there is nothing but stone and brush. It’s enough, to be honest. The scenery grows in grandeur, every new vista takes your breath. 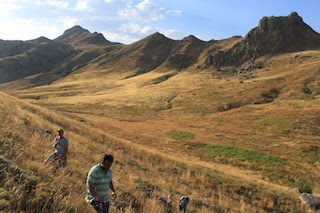 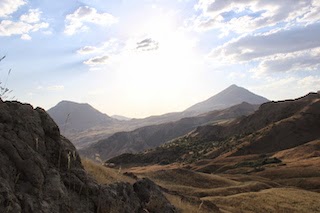 And then we reach the top and I see the stairs. This is where the star-awe comes in. The stair winds from rock and ends in air. Overgrown with grass and lichen, when I first catch sight of it, it looks as if it were rising into the sky itself. For a second, I can imagine what is no longer visible—the crumbled castle walls and soldiers long dead. It's a haunting of some sort. I think of when this was last used—according to local legend, between 900 and 600BC. It was a fortress of the Urartu Empire, the Biblical Ararat, a nation that vanished three thousand years ago. I imagine the ghosts of these Mesopotamians climbing up or down these steps, their feet fall where my feet now fall. I look out over the same plains they looked out over.  Thousands upon thousands of generations between then and now. 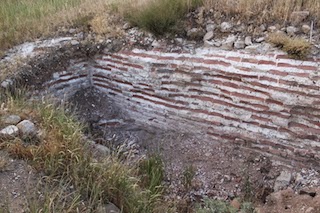 The Urartu used cuneiform for their alphabet. In the Istanbul Archaeology Museum you can read cuneiform letters on small clay tablets. They have been thoughtfully translated. People write to loved ones moved far away for marriage. They write to doctors in the capital, desperate for medicines to help with fertility and virility. They write down details of business transactions. They write love letters. In other words, they write of all the things people write emails and letters about today. I think about these long dead souls and their letters, their worries and troubles and dreams, and there’s something about the continuity of it—generations and generations of similar problems and hopes and millions of millions of ordinary lives swallowed into the past—that quickens the blood. That vastness of time, all the multitude of dead ghosts that I will one day join. This is a palpable thing, an awareness of the immensity of time, here in a lost castle in the mountains that border Mesopotamia. 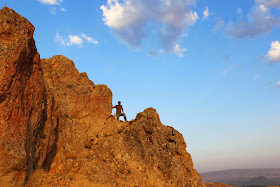 At the top of the castle, the view is dizzying. Experts think that the castle was part of a communication system, a long line of castles stretched from Mazgirt all the way to Van. If an enemy breached the borders in Mazgirt or Palu, a fire would be lit on top of the fortress there. The fortress in Xolxol would see the signal fire and light one of their own. The next castle east would do the same until the message reached all the way to the Urartuan captial of Tuşpa (now Van). 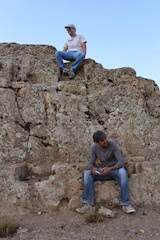 I never understood why the Urartuans wouldn’t just use Mt. Silbüs, the highest peak in the region and just a few kilometers to the West of us. Perhaps it was too holy. The Hittites believed their gods resided on the mount. But standing on the peak of the castle it seems to command a greater swath of land than Silbüs. It stands alone, it sticks out, where Silbüs is only the highest peak among other mountains. 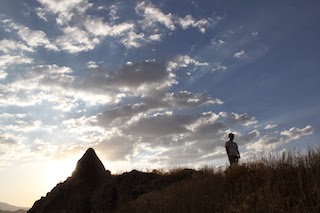 It’s dusk when we start our descent. The stars are popping out of the sky. We round the skirts of Berroj and pass the cemetery. As we cross into the town of Yayladere proper, two police tanks race up the hill toward us, their guns circling the surrounding houses. It never crosses our minds that they are there for us. The tanks say ‘Police—Special Operations’, but they look like soldiers, the boys who scramble out and train their guns on us.

Do we know they thought we were PKK guerillas? Didn’t we realize that they might have shot us by mistake? Why didn’t we ask them for permission to hike?

“Why would guerillas trying to hide from you carry around flashlights?” someone asks.

“Oh guerillas carry around flashlights,” the soldier in command says.

They harass for a while longer and then go back the way their came, the turret on the top of the tanks sweeps the houses with its gun all the way down. Of course they knew we were not guerillas. How could they not? There are cameras everywhere, both infrared and normal. They undoubtedly saw us going up earlier in the day. When we came down, we came down stumbling and carrying flashlights and talking loud. A guerilla would do none of these things. And why threaten to shoot us? Especially when the government has supposedly declared a cease-fire with the guerillas. And why train your guns on the houses as you go up and down? 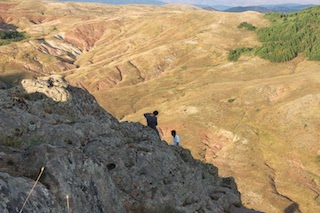 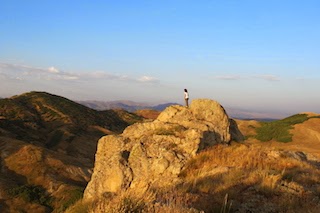 This is another reality of travel here—the sights are remote and spellbinding, but the continued pointless adolescent pressure of the military often gets in the way. It’s almost as if they are trying to strangle any possibility of a normal life here. It was something we noticed throughout the whole visit to Bingöl this time, more security cameras, more military bases, more tanks on the road. It makes one wonder what this whole ‘peace process’ between the government and the Kurds really means.