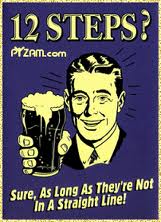 Step 2 Yield yourself to a higher power....

Today is the day of my Nişan—this means engagement, or rather, socially recognized engagement, since the ring was given and the marriage suggested some seven months ago. My friend Ekrem assures me that there could have easily been two other celebrations before this, one the isteme, or the official requesting of the daughter’s hand, and another that was so obscure and superflous to my mind that I can’t even remember what it is or what it’s called. After this are the Henna Night, the Düğün (translated as ‘wedding’, but I’m not sure it works since what we Americans do in one fell swoop, the Turks and Kurds do in several smaller steps) and the nikah which is the legally recognized signing of the documents at the Marriage Bureau which will be where the white dress has to be worn. There are not twelve steps to this ordeal, however there are enough that I think I can safely say I feel like I am going through a twelve step program.


This morning I bought the gifts for the inlaws. Earrings for mom—silver with red stones. ‘They should be gold,’ tsks Grandfather. ‘In my day, they were all gold.’ Political books for Dad—The Lemon Tree and the timeless engagement party classic, ‘The Banality of Evil’ by Hannah Arendt.

When you do a Google image search for ‘The Banality of Evil’ and ‘Wedding’ this was one of the first images to come up.

Both books have connections with Israel and after the purchase, I wondered if everyone would assume I am trying to push the agenda of the American Jewish Lobby, since, after working for the CIA, that’s the second most popular job that Americans have—according to a great many citizens of Turkey.

It’s cold today, and sleeting in big blobs of frozen rain. I decided to get a little gussied up and ducked into the barber shop for a shave and a haircut. In the course of conversation, my barber discovers that tonight is my engagement party, and as an added bonus, he gives me a mud mask. ‘It will take five years off your face,’ he assures. He is from Kars, a very cold city in the east on the border with Armenia. He looks like a man in a film about Kars, called ‘Kosmos’, who was a little off the wall and otherworldly.

Kosmos, my Barber (or his Kartian movie twin)

The barber shaves my face, clips my nose hair and ear hair (since when do I have ear hair?) and in a surprise move, sets his lighter on high, lights it, and puts it in my ear. I have never had someone put fire in my ears before (Mom always said, don’t stick things in there) and I tried not to flinch, inwardly or outwardly, and made an effort to just roll with it, to look and feel like I did this every day. The scent of burning hair wafted through the frigid little shop (since when do I have ear hair?) and I desperateiy yearned to scratch at the drying mud which was itching like hell.

When he removed the mask, I did indeed, look a little bit younger, though that may be because my glasses were sitting on the counter. After a glass of tea, I hopped over to the grocers and picked up some eggs. My contribution to tonights dinner is the old standby, Deviled Eggs—my way of doing it kind of a combination of my sister’s and my friend Jessica’s—the only Southern contribution to the evening.

Delal and I are a bit of an odd pairing. Most of the mixed couples I know are rather well to do—either both man and woman, or one or the other. Both of us come from what the rest of our countries consider backwaters, and while not poor, I think we both are bit more earthy, say, than the Istanbul or Boston elite. Who would have thought the granddaughter of a Mesopotamia Kurdish villager and the grandson of a Georgian tobacco farmer and lay preacher would ever fall in love and get married?

Our preparations are less concerned with what is traditional or seemly and more with what works—but everyone around us is a little horrified. Apparently at her office, when the rest of the staff found out she wasn’t going to wear anything particular, they were aghast. ‘You HAVE to buy a new dress! You simply MUST!’ Okay, so we bought a new dress. We have also been planning on using my nieces wedding dress for the nikah—a used wedding dress, I am sure this will go over swimmingly with the Istanbullites—but then, why spend a thousand lira for half an hour on dress Delal will hate wearing anyway?
‘The more I think about it,’ Delal told me. ‘The more I DON’T want a wedding.’
Yesterday I was nervously talking to other married teachers at school. A British math teacher said, ‘Let me give you a piece of advice. Let go of the whole idea that this wedding is in any way for you or about you. It is about the bride’s mother. The best thing you can do is just smile and nod and go along with whatever stage directions you’re handed. The same is true for your wife. Most likely wedding plans will be in the hands of people you have never met and probably don’t even like.’ That sounds horrible, I thought. I turned to a Turkish female, figuring I would get a much different version of events than the one given by the crusty old British male.
‘You enjoyed your wedding, didn't you?’ I asked with a knowing smile.
‘Of course not,’ she said laughing. ‘No one enjoys weddings. My parents had to bribe us into doing it. They had to pay for our honeymoon before we ever agreed to set foot in a wedding hall.’
Another couple down the table shrugged and said 'we were high for ours.'
Posted by Jeff Gibbs at 2:50 PM

Whenever I hear "Banality of Evil", Oprah's the first thing that comes to my mind.

I’ll immediately grasp your rss as I

can't in finding your email subscription link or newsletter service. Do

you have any? Please allow me recognize so that I may subscribe. Thanks.
My page :: http://iwillmakeitrain.blogspot.ru/