Maybe you have noticed that I have called this city three different names. One is Amed, the Kurdish name of the city and the one that most activists prefer. Another is Diyarbekir—which was the original name and meant “Land (Diyar) of the Bekir tribe.” The last is Diyarbakır, the official name on Turkish maps. Atatürk coined this name when the republic was founded, presumably to make it sound a bit more…Turkish? It would mean “Land of Copper.” But “diyar” is still not a Turkish word.

We spent our last day in the city wandering the parks of a neighbourhood called Diclekent, where some really dazzling fall plumage enticed us to pull out our cameras and go on a photo binge. In one of the park, I couldn’t help but notice the free range turkeys pecking among the benches. It was Thanksgiving back in the States and it seemed like a small salute from the city to have these birds toddling along behind me.
The only thing that marred the golden autumn afternoon was the ceaseless roar of the F-16s, a reminder of the madness at the border.

(More autumn pictures at the end of this blog)

I would also like to say something about the use of Kurdish in the city—the unofficial capital of Kurdish resistance. It is very very very sparse. I heard it on the streets a lot, but most people speak Turkish to one another. As far as signs go—well the city government makes all their signs bilingual. The signs in Koşuyolu Park and the sides of the busses operated by the city all feature Kurdish, but outside of that the only place you see the language used as a means of discourse is in activist businesses like Aram Bookstore (a great resource for alternative Kurdish publishers), Babel Teras bar and the Heftrenk traditional clothing store, whose sign on the window says “Speak Kurdish!”

But that's it.
I keep thinking of that journalist I got in a Twitter tiff with (see my first entry), who said Diyarbakır had changed and was hardly recognizable anymore as a Turkish city. Was she on some sort of hallucinogen? Or is the Turkish mindset so deadset on the one language, one people, one religion mentality that a couple of signs here and there in Kurdish strike them as a radical revolution? I have no idea but I wish to hell people here would put more of their signs and advertisements in both languages. It’s way overdue.

In the evening, we went to the movies at the Galleria mall next to the city hall. The place was a ghost town. Only a few lights were on and we wandered up dead escalators to get to the top floor where the alleged cinema was located. All around us were cracked windows on abandoned store fronts, blinking neon signs about to die forever and dark corridors into nowhere. An old man with a bushy moustache manned the ticket booth surrounded by independent film posters. No one else was anywhere around. Utterly utterly silent except for the Kurdish songs the ticket seller was playing on his phone. At 7, he unlocked the huge wooden doors to the theatre and let us in with a ominous creak.
Before the film started (we’d come to see Mustang, recommend it) we heard five explosions from the old city. “Sound bombs,” my sister-in-law explained. “They’re probably attacking the trenches. It happens from time to time.” On the way home we heard what sounded like another explosion from the opposite end of the city. Apparently, someone attacked one of the police tanks, which are legion.
Life at war with the State.

After the movie we went to a bar called Babel—which also had a gesture toward Kurdish. The signs over the bathroom said “Mer” and “Jin”. They had Becks on tap and after a few of those, one could push the memory of sound bombs to the back of the mind and relax to all the hard rock blasting through the speakers.

One last thing, I wrote about the markets the last entry, including one market called the “Burned Market.” After a bit of research, I found out the market Is quite old, stretching back to at least the 16th century. It burned down in 1895 and 1914. The first coincides with the date of the massacre of Armenians by Sultan Abdulhamid II when after a shooting outside the Great Mosque, a general attack on Armenians erupted. The other was the eve of the Genocide. This last fire also burned down the Armenian quarter of the city and marked the beginning of the end. Merchants fleeing the flames cried, “The market is on fire!” and that name stuck. Today, incidentally, is the date of the hated TEOG exam, the high school entrance test that my 8th graders are now taking. One of the questions on the history section was this, “Which is not true about the exile of the Armenians?” The answer? “The Turkish state wanted to erase the Armenians from the land of Anatolia.”


And disinformation lives on. 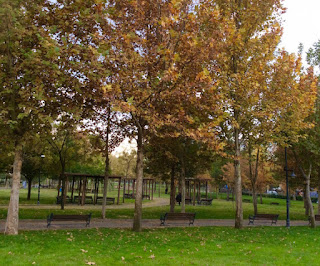 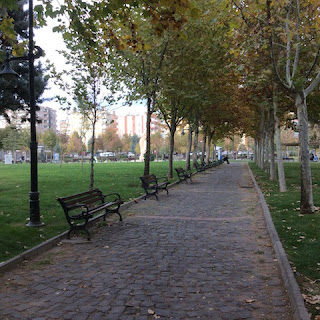 Today we woke up with no new world crisis and a simple breakfast on the balcony overlooking the park. I spent a long time watching a little girl empty a trash can, piece by piece (all shiny potato chip bags) until she was noticed by her older sister who, hitherto, had been playing with a friend on the swings. The older one grabbed the trash digger and sat her rather sternly on a bench, but as soon as her back was turned, the little one ran back and put everything she had thrown out back in, piece by piece. Then her sister noticed, and dragged her once more to the bench. When the older one was safely on the swings with her friend, the little one again ran back to the trash and proceeded to empty it out all over. I remember her pink sweat shirt, whose long sleeves she had pulled down to cover her hands.

We took a minibus to the ancient city walls—reportedly dating back, in places, some 3000 years when the whole area was a capital of an Aramaic kingdom that at one point had a scuffle with King David of the Old Testament. Near the Mardin Gate is a tower built into the walls called “Keçi Burnu” or “The Goat’s Point”—the oldest and largest of all the towers along the walls. Inside is a dungeon, now a café. At the back, a small slit in the black walls sends a sliver of silver light beaming onto the floor—once, according to the owner of the café, a temple to the sun for the ancient Hurrians who built this place. If this is true, then their sun god would have been Shimegi or possibly Teshub whose Hittite name, Taru, was given to one of the mountains in Delal’s village. 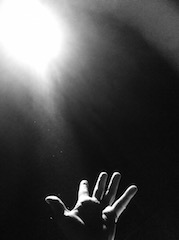 The colors of the fields around the walls were bright yellow gold and green—each black square of plowed earth lined with poplars and sycamores and acacias. Among the trees, a man was calling his doves back to their roost with sharp, musical whistles. The birds swirled and swirled around the ramparts, dipping further and further toward the whistler. The pretty little scene was broken by the appearance of a bomber moving heavily south toward the Syrian border, followed soon by three fighter jets cutting an angle across the sky. 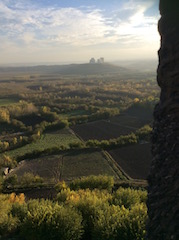 After the walls, we took a taxi down to the “Ten Arch Bridge” on the Tigris. Made from the same black stone as the city walls, the bridge was originally built by the Romans in the 6th century. The sun was setting, the banks of the river were deserted. A haunted autumn evening seemed to rise out of the water like lost spirits and snake up the banks and into the poplars. You could look out south toward the empty Mesopotamian plain and feel the history, the weight of tens of thousands of years and all the armies and civilizations and forgotten souls. Here human civilization began. History began. And what came before was mystery. 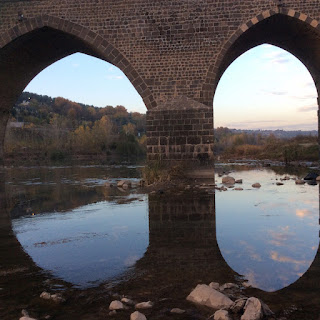 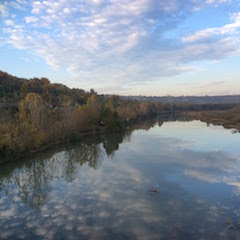 The markets of the city are like a series of small theaters. Each stall is piled high with merchandise—whatever it may be--so that only a small lighted proscenium reveals what’s happening on the inside. As you walk, they unveil themselves scene after scene. It’s like strolling through a carnival and peeking at private little plays—a group of young men chatting over tea, a small fat boy watching TV and dozing, a man grinning into his iPhone, a sad looking old man in a fedora staring mournfully at a clock. 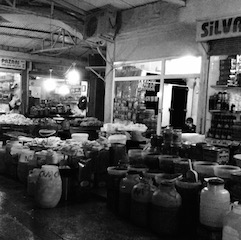 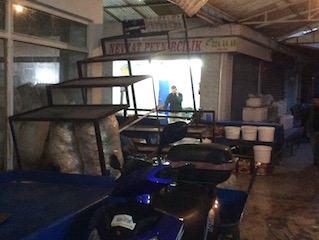 When we finished, the streets of the old city were dark. The street lamps had not yet been lit. The only light spilled out from closing store fronts. I watched my wife dip in and out of this light as she walked in front of me down the sidewalk, vanishing again into shadow with the rhythm of a lighthouse beam. 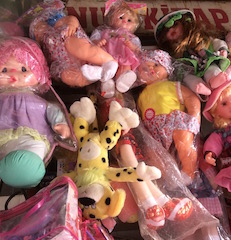 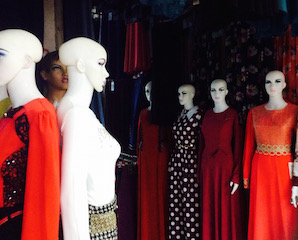