The Bread of Life--and why Turkish guys look pregnant

I remember having this discussion a million times in Japan. ‘We Japanese people must have rice at every meal just like you American people must have bread.’ (At the time, many sentences began ‘We Japanese people).
‘Well,’ I would say. ‘We have rice sometimes too, in the States.’
‘But you always have bread.’
‘ Actually, there really aren’t any rules. You can have  whatever you want.’
‘So,’ (clearly indifferent to anything I have just said) ‘Just like bread is essential to you, so rice is essential to us.
Well, I now live in the country that the Japanese fantasized about—a place where bread is worshipped and over consumed, the modern republic of Turkey. In America men may sport beer bellies that make them look pregnant. In Turkey, men have ‘bread bellies.’ They like to call them their ‘Türk kası’ which translates directly as ‘Turkish muscle’ but might more accurately be rendered as ‘Fat Ass’. 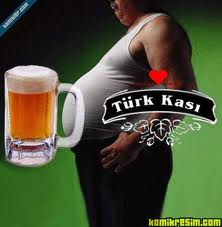 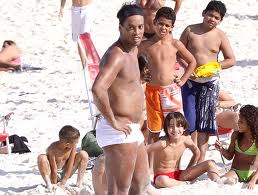 Although I am American and have no room to be talking about fatness, I have a very personal enmity with all this bread eating. It’s the Joker Batman kind of enmity.


At lunch, I have ‘duty’ in the cafeteria and I am to stop any child from smuggling food out into the main school building. Inevitably every single one of them goes to the bread tray and grabs fist fulls of white bread—ten or twelve slices each. When they try to cross my line I make them eat it slowly by the door or watch as they shove it all into their gobbing maws at one time—the gobs of dough succeeding in doing something no human being can do, that is, silencing their incessant prattling for a moment.
Also, in the morning, the school supplies breakfast—usually in the form of cheesy toast, or a cheese filled pastry called poğaca. The other teachers wait for the arrival of food like dogs looking to be fed, and they fall upon it with canine vigor. I watched a small framed music teacher this morning make off with 12 pieces. The P.E. teacher (as always) prepared a tray of 20 or more for himself. Of course, by the time I get to the breakfast cart, there’s nothing but grease smears and crumbs.


Like Japan, Turkey’s relationship to its staple crop is ancient and mixed with worship and myth. My Japanese friend told me never to leave even one rice grain in the bowl, because in each lived seven gods and to waste them was to show disrespect and cruelty to the divine. Similarly, bread in Turkey has a sacred quality. The Mevlevi Sufis use it in their metaphors for enlightenment. The unenlightened novice is raw dough. The dervish who has attained spiritual fulfillment is a cooked loaf. Upon entering the dervish lodge you would often be sent to the kitchen where real cooking served as a prelude or accompaniment to spiritual cooking
If bread consumption made you divine, everyone in Turkey would be gods. At Delal’s house she, her sister and I often put away two loaves at one meal, just the three of us. Delal even buys loaves of bread to accompany rice-based meals (which would horrify my old Japanese friends). Bread with a table full of mezes is a must (I can eat a whole loaf like this), and one of my favorite meals here is Kuru Fasulye—a steaming bowl of soft fava beans cooked a long time with chunks of meat and spicy oil until it makes a thick stew. There’s nothing better than dipping using gobs of hot fresh bread to scoop up the beans and hunks of lamb. With all this bread eating, I must already be sitting pretty in one of the higher heavens, myself. But then again, Mevlana himself supposedly said, in regards to the uselessness of accumulating knowledge to the spiritual path--‘A scholar is like a person carrying a big sack of bread on his shoulder. But what is the maximum number of loaves they can eat?’ I think the Turk or Kurd (at least my middle schoolers) would answer, ‘More than you can ever imagine, sir. More than you can ever imagine.’
Kuru Fasulye--the best place to get it is at the Suleymaniya Mosque 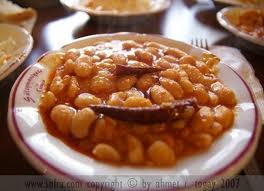