Why I Haven't Posted In So Long 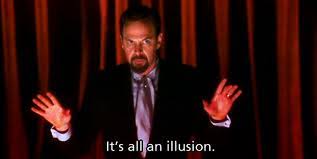 I have not put up an entry on this blog in months and most likely whatever readership I had garnered is now gone. But there’s not been much to discuss—everything I’ve been writing about just seems to continue on as is, in all its oppressive monotony. How many times can I talk about the comically unjust trials or the increasingly oppressive government? The details of my wife’s father’s trial seem obscene after a while. When I first wrote about them, there was an urgency to communicate just how bizarre they were, as if exposing this absurdity to the light would somehow make it go away. Now I’ve done that and it only gets more bizarre and nothing changes. We are beating our hands against some gigantic rock and expecting it crumble, but it doesn’t of course. And these days of course, Turkey is embroiled in a greater power struggle and the plight of our people languishing in its prisons seems to take a back seat.


This morning was a beautiful morning. Outside it was overcast. From our balcony we could see the ever increasing skyscrapers in Ataşehir. Someone was operating a jackhammer in the street and so Delal brought out her bağlama and began to sing. She has an incredibly gorgeous voice and there is kind of a twisting in the gut whenever I hear her sing türkü—half the time I would like nothing more than to lay face down in the floor, cover my face and listen to her—the feelings her singing arouses are that strong and that visceral. I expect most would find that a strange reaction. She taught me a song ‘Bitlis’te Beş Minare’ and we sang it together and though I desperately wanted to write, there seemed no better way to spend a morning than singing  with her.


It made me think of riding in the car with my mother, niece, and her daughter (my grandniece) Linleigh. This was back during my winter break in Alabama. Linleigh was fussy and my mother started humming something  out of her own head. She has a terrible singing voice in the conventional sense—at least when hushing a baby in a car, but there was something  deeply about it then. All of us hushed and listened, and Linleigh herself quited down and fell asleep. I think my mother’s voice carries so much time and memory that the things that make it unmusical—the gravelly quavering tones caused by the accumulation of age and years—are somehow scars that we know most intimately. She sang to me forty years ago and then to my niece 20 years ago and now to Linleigh and there is somehow the memory of all of us as babies, and all of us having passed into adulthood now and all that has passed inbetween. We are three generations all together and no longer children but growing older and older in the presence of this child to whom all his new and unknown and fresh.


While I was in Alabama, Delal’s Dad’s trial—the Istanbul KCK trial—was supposed to start, but the defendants boycotted it. They were dissolving the special authority courts, went the argument, to this trial no longer had any legitimacy. So proceedings were postponed till April. This didn’t stop them from announcing a decision anyway, on the day the trial would have ended.  7 people were released. No trial but a decision. No defense presented but a release. It was made clear, yet again, that the legal process was a mere formality. There was a script to follow. Decisions had already been made and these 7 were going to be released no matter what happened in the courtroom. And whose decision was it? The followers of the Gülen cult who are everywhere planted in the judicial system? Or those loyal to the increasingly dictatorial Prime Minister? Or was this a relic of their cooperation back in the old days that no one was going to take care of because one thing that they can all agree on is fuck the Kurds.


We had a teacher’s meeting the other day. They are called ŞÖK meetings—where all the teachers of one class get together and discuss the students one by one. There’s one boy in my eighth grade class who is rather mouthy, bright but lazy, and generally a pain in the ass to manage. I’m fond of him, though. I like him because he’s witty, because he doesn’t just swallow whatever he’s told, and because he can be quite original. One teacher offers this as an explanation for his behavior problems-- ‘Well, his mother is from the Southeast. Perhaps that blood is the source of things.’ ‘From the Southeast’ is shorthand for ‘Kurd’ when you don’t believe that any race exists except Turks. I couldn’t believe I’d heard what I’d heard—it seemed so ridiculous, especially coming from a teacher, an adult, a person whose job it was to care for these kids. But this kind of racism is so common that no one even thinks to comment on it. And that is an oppressive thing to deal with.


There are constant little indignities that we swallow that seem such a waste of breath to explain somehow. Like how Delal’s dad is brought in handcuffs to the hospital for his check up. A sixty one year old man handcuffed as if he were a dangerous criminal—which of course they are trying to pretend he is with this kangaroo court. Handcuffed to get treatment for diabetes and kidney problems.


So I haven’t felt like writing much because it’s only the same old same old over and over again and you begin to feel sick that nothing changes, that there is something hopelessly toxic about society, that explaining it to anyone is not only useless but somehow obscene. And while a lot of what happened in the protests last year gave me cause to hope for something better—the turn out from all sections of society for the Gay Pride Parade for instance and the the emergence of all sorts of neighborhood organizations trying to build a way of life quite different for themselves—the grander sweep of national and world events makes me think that only ignorance and perfidy and skulduggery prevails, and it prevails indefinitely.


And the next time I write and post a blog—I think it will either be news of my father-in-law’s release or else some short comic sketch. Something that will break with all I have written before and make it irrelevant.