Before I start this up…this weeks perfidy champion is Vice President Bulent Arınç. You see, the government has raised gas and electricity prices this year. I wasn’t thrilled, but could understand higher prices for resources among the deepening crisis, falan filan. But then Arınç goes on TV and explains that the price hike is for our health. To wit, the lack of money will help us stop spending money on unhealthy things like cigarettes and cell phones. ‘Some people actually have two cell phones!’ he says in horror.

You might want to skim down to the end.  The music there is fan-f'ing-tastic 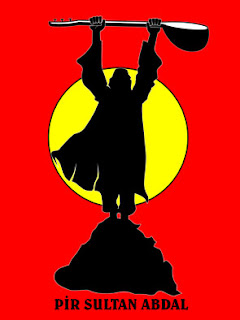 Email ThisBlogThis!Share to TwitterShare to FacebookShare to Pinterest
Labels: Alevi

Whoever writes the blog.. Jeff, Jeffrey, Jack, Joe or Cem. I love it! Love it!