Our third morning in Patara was our last day of hiking--we were heading all the way to Akbel where we would catch a bus back to Fethiye. The hike goes up a paved road from Flower Pension and then starts winding through the fields and wood. We again got lost at this point. We followed the main dirt road up the mountain and missed the tiny little path in the middle of the olive grove that headed off through the woods to the left. This was shortly after the fork in the trail and the first signpost for the Lycian Way that pointed the way either to Kalkan or Akbel. Again, if you don't see the red and white blazes after a few minutes, you're on the wrong path! And don't trust that the bigger road is the one you want to be on--it's often not!


In terms of ascents and terrains--this is a rather easy portion of the trail and there were lots of elderly couples on the path, not all of whom were in good physical condition. If you want to try the Lycian Way but aren't in shape, this might be the segment to do (Patara to Akbel). There were still some majestic views over the mountains to the north and the beach to the South and the woods were scattered with occasional ruins and lots of wildflowers. We wandered through pasture land and pine wood and olive groves--squeezing past a tight thicket of bushes that arched over the path and cast everything in shadow.

The trail forks again at the 'Delikkemer'--the ancient aqueducts of Patara, a giant stone wall that skirts the sea with fragments of the pipes that carried the water still running along the top. We missed the path to Akbel here and ended up taking a wrong turn toward Kalkan--a fantastic hike but not one you want to take if you are not in good shape. I am guessing to go to Akbel you want to go up from the aqueducts, we went down.
﻿
That being said, this was our favorite part of the whole trail. Behind us the heads of the mountains we'd just hiked out of were lost in rain clouds--but the sun was peaking out from behind them so a veil of gossamer white light made a halo around the peaks. In front of us was the turquoise sea with clouds like galleons sailing across a turquoise sky. The path wound around the cliffs at the edge of the sea. You wind down and down until you are eventually crawling over boulders, then over a field of limestone rocks stabbing from the cliff face, then hopping over narrow rocky steps overlooking a precipice. It's harrowing, thrilling, gorgeous. 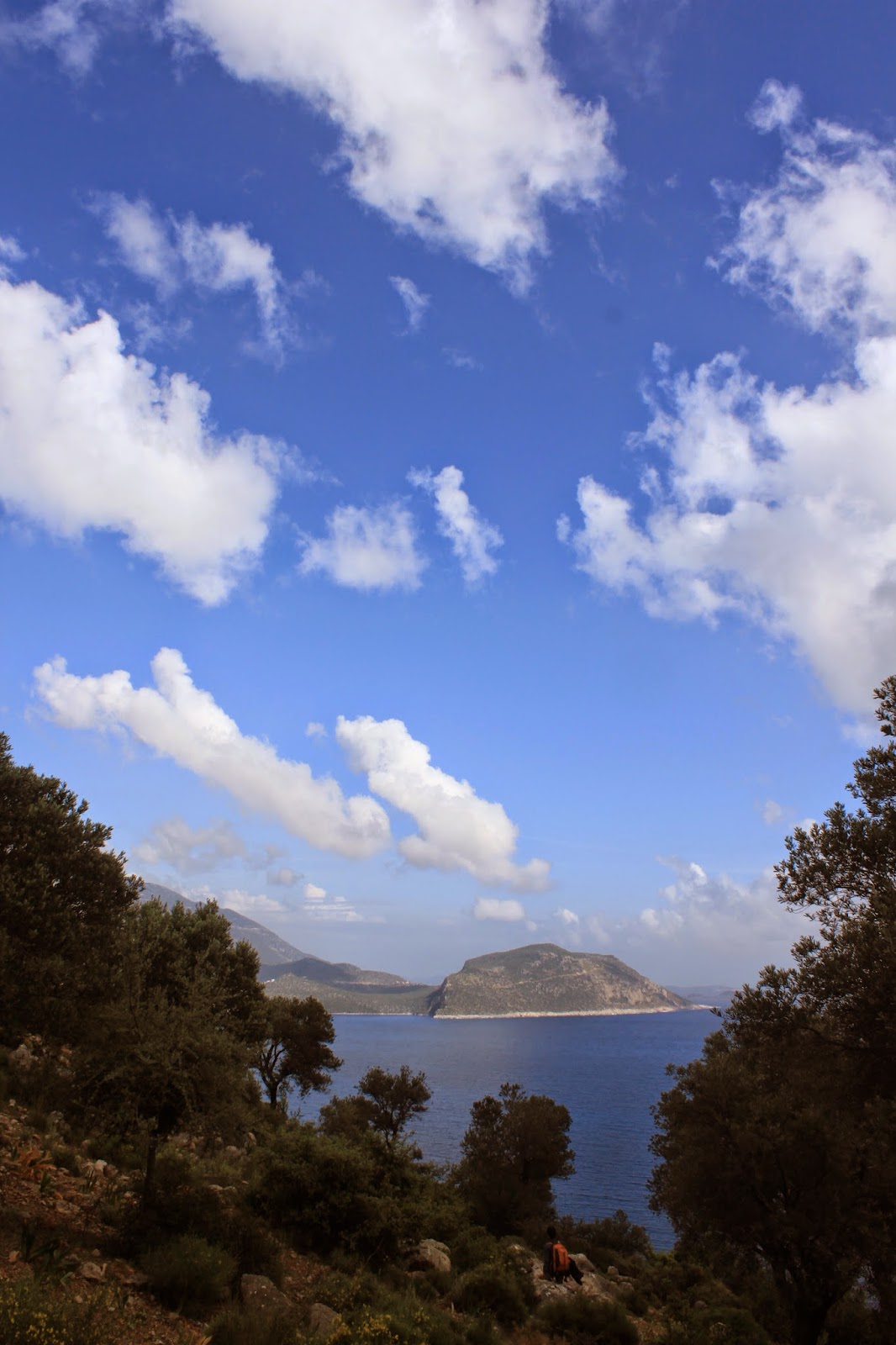 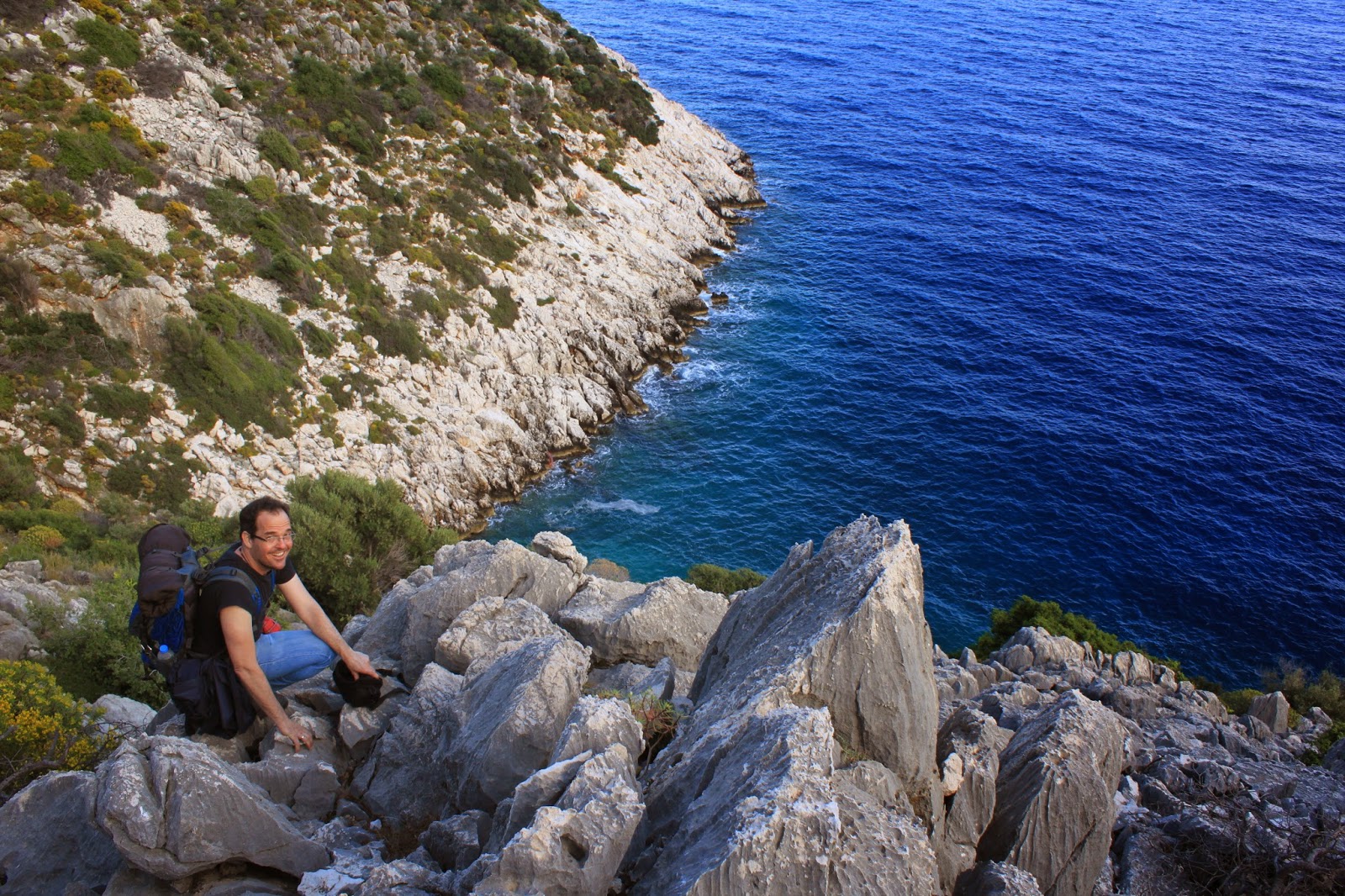 At the end, you find the bus station and if you are hoping to get back to Fethiye, you'd better be there by 7:15PM. There are only a few busses per day to Fethiye off season--two in the morning and two in the evening. We missed the 7:15 and ended up staying in Kalkan for the night at Kelebek Hotel--not a bad place--clean enough even if the manager struck me as little dense. We were so exhausted after the hike that we could have slept in the bathroom at the bus station. Speaking of the bus station, Ayşe's Restaurant, which is connected to the station, had maybe the best food of the whole trip. I don't know why they stuck such a good cook at a restaurant in the otogar, but her homemade Turkish food--dolmas and mucver and mezes--was excellent.

Our plane back to Istanbul was at 6 and so we spent the morning and afternoon wandering around Fethiye itself. Fethiye used to be the Lycian city of Telemessos.The tombs of the Lycian kings are grand--a hike up the cliffs to see them however, will bring a little disappointment as they are covered with graffitti and stink of piss--teens and locals here don't show them a lot of respect, I guess, and they're not well protected. From the tombs, we went to the Ölüdeniz, the Dead Sea, so named for how calm the waters are--out of season it wasn't crowded and easily one of the most beautiful beaches I have ever visited--a perfect way to end days and days of hiking. 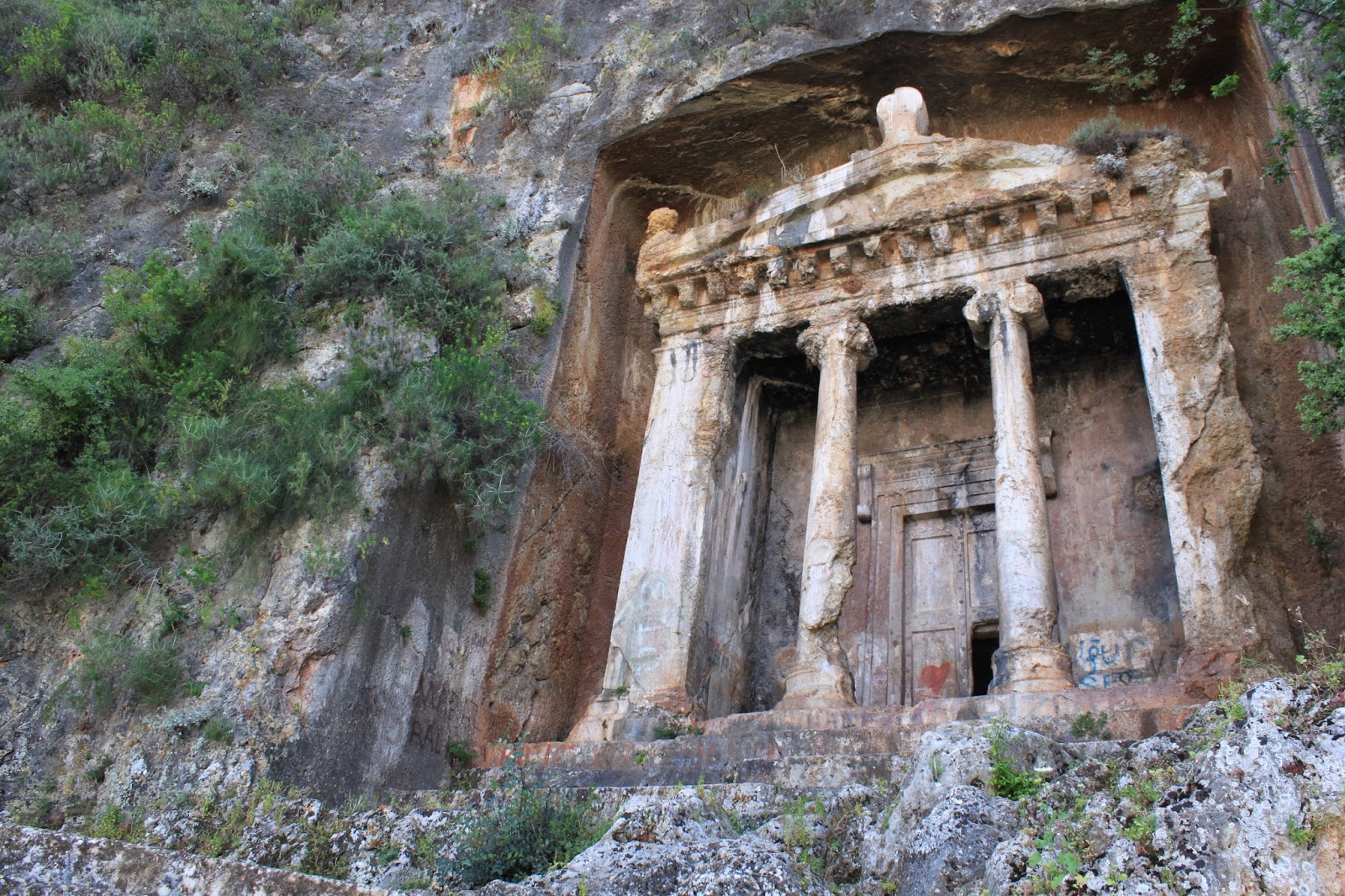 I would like to end with something about the past elections--everybody was so polarized. People who didn't agree with your own point of view were enemies and idiots. This trip was effective in eliminating that perception in us. We met the villager Enzel who tended goats, the lonely shepherd boy pining for tourist season to open, the nomad woman running a pension in the middle of nowhere for foreign trekkers, the old lady green house owner with her eyes on death--all of these people with very different lives than ours in Istanbul or ours in Bingöl. Many have no idea what Twitter or Youtube is--why should they care if it were shut down? One man we met was a fruit dealer--his biggest political concern was the closing of the Russian border to their produce, something that has never crossed our minds but directly affects his life. I would say to anyone wanting to take a true Democratic stance here, who really wants to understand this country and its people and then represent them in a government (if there are any who truly want to do that)--take a walk in all parts of Turkey, depend on the hospitatlity of as many different people as you can, learn what diversity means--it's a reality, not a liberal fantasy or a nationalist philosophy.