“The Armenian spirit haunts the earth here,” my wife says thoughtfully. “Most may have been murdered back in 1915, but their presence is everywhere.”

“Because not a day goes by in the village when we don’t talk about them.”

It’s summer in my wife's village, Conag. Down the hill from Dede’s house, past a mulberry tree and several small gardens is a shrine made up of a pile of stones on a square mound. A hole has been dug beneath the stones, and when you first arrive in the village, you come to the shrine, kneel down and dig as far as you can into the hole to take a pinch of earth. This earth you then eat. Tradition holds that you should leave something in exchange—some candy for children or a few coins for the poor. Afterwards, you light a candle and set them among the rocks, offering a prayer for whatever is on your mind. The thing is, the pile of stones in Conag are Armenian khachkars—the signature ‘cross stones’ of Medieval Armenian art.

No one is quite sure what used to be here. People ploughing on the slopes below the village claim they have turned up the foundations of old walls and houses. Maybe an Armenian village used to stand below Conag’s current location centuries ago? My father-in-law says there used to be a small monastery school here—that’s the legend--but no one is sure, because it was in ruin long before the genocide started. The Armenians had vanished from Conag well before 1915. Only one merchant lived in the village—and he had just recently come from Kiğı (Keghi) to open a shop. These stones were a mystery even then.

Our first night, Delal, her cousin and I went down to the shrine (called a ziyaret by Alevi Kurds) to light candles. We each had some rather heavy thoughts shadowing us, but there’s something about the atmosphere surrounding those stones—the quiet, the sweeping views over the sunset valley—that sort of stills everything. I dug my hand deep into the hole beneath--it seemed hollow inside--and grabbed a pinch of earth. Her cousin sat next to the khachkar cross. “The air is different here,” he said. “It’s always been different here. Like going into another world.”

The Unesco website describes khachkars as “relics facilitating communication between the secular and the divine. Once finished, the khachkar is erected during a small religious ceremony. After being blessed and anointed, the they are believed to possess holy powers and can provide help, protection, victory, long life, remembrance and mediation towards salvation of the soul.”

In Conag, the khachkar shrine is revered for its sacred powers. In the past, and even now, people would bring family members or friends down to heal their illness—usually "spiritual ailments" like melancholy or depression. The person would sleep on the ground before the cross stones and sometimes in their sleep reveal the source of their disease.

My wife remembers her grandmother bringing her down as a girl to treat a rather severe bout of sleepwalking. Her grandmother baked a batch of sacred pargach bread and together they descended the hill distributing the bread to neighbours and children—a sort of offering before coming to the shrine itself.

“I can’t explain why,” she says, “But I never sleepwalked again.”

The sacred stones continue to live—serving their function of effecting communication between the secular and the divine. 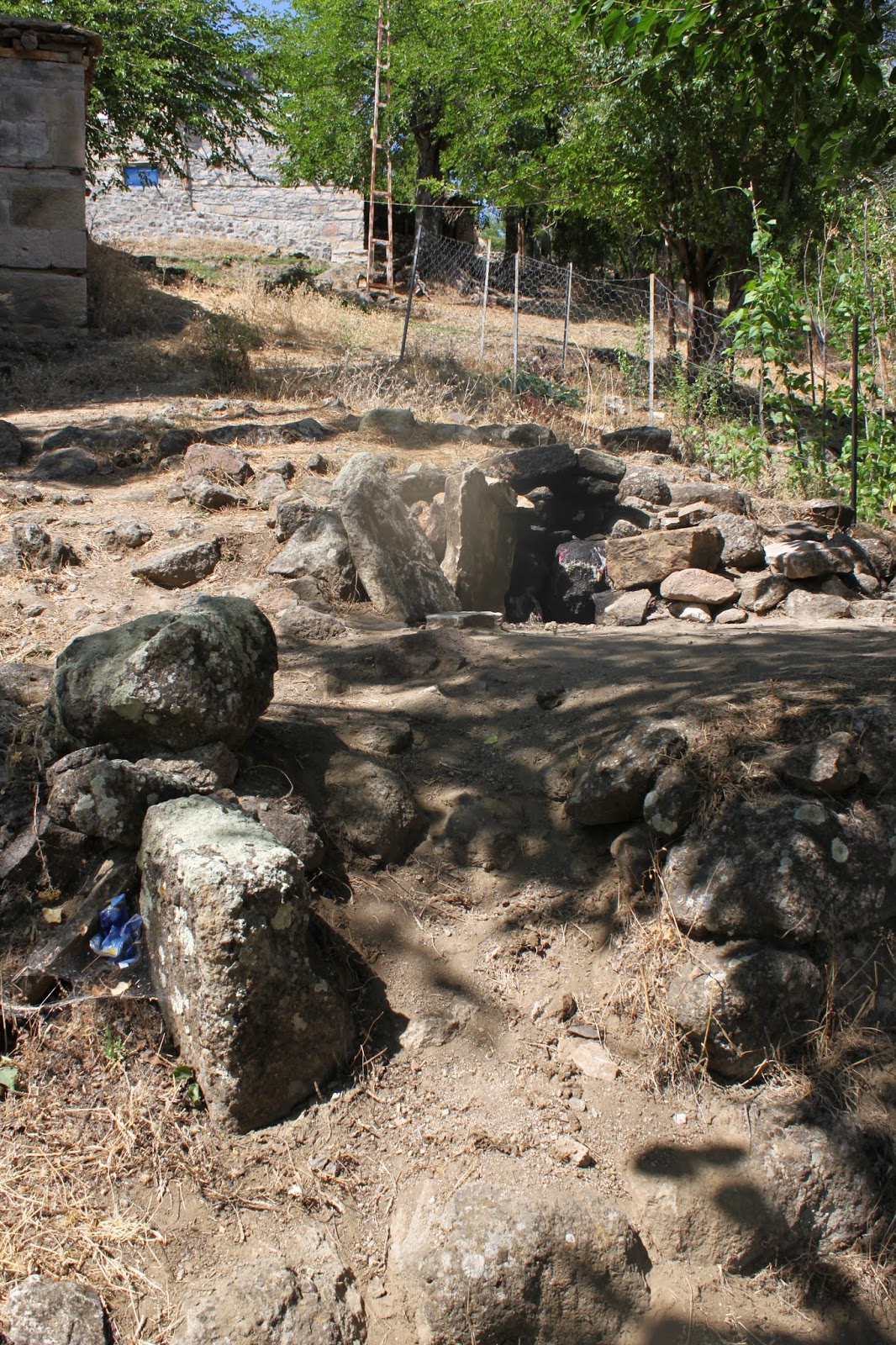 As always love it!!

Loved it as always love your Sister!!