Today, after a visit to Zeynep Kamil hospital for some routine blood tests, I decided to walk home through the Karaca Ahmet Cemetery—a necropolis big enough and sprawling enough to get me halfway to our apartment by winding through its graves for an hour. Here is what I found. 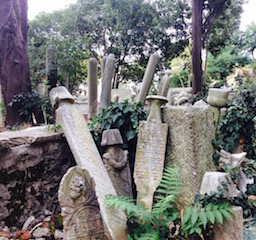 Karaca Ahmet is one of the largest cemeteries in the world. It stretches a distance of over three miles, all the way from Üsküdar to Kadıköy, with pieces and patches broken off by highways and high rises. It dates back, according to Turkish sources, to the Arab siege of Constantinople--the last one ending in 782. It is thought that some of the soldiers from that campaign are buried here. Because records are sparse and the place so old, many graves remain anonymous or layered over by more modern ones or forgotten in weed and cat invaded forgotten corners. Among all the relatively modern graves you find pieces of ancient headstones cracked, broken or falling down between modern ones. Some estimate that there are millions of people buried here—a city of dead just as crowded and cramped as that of the living. I found this pile of head stones pushed up against the side of a recently purchased family plot. There were cracks in the ground beneath them with carved stone showing through--these newer graves had been lain over older ones. 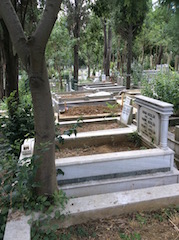 The cemetery is like a labyrinth. For the most part, the graves are so thick, you can't fit through the paths that wind between them. In a city dominated by construction and skyrises and miles upon miles of uninterrupted apartment blocks, Karaca Ahmet is another dimension of green and quiet. There are firs and figs, pines and persimmon trees. In this picture you can see how closely the plots are placed. To get from one to the other you have to walk along the marble borders. 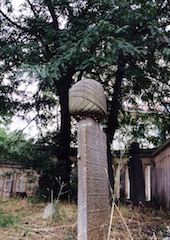 Parts of Karaca Ahmet have been "confiscated" by the city four times starting in 1917. Roads, apartments and stores have been built over cemetery land, and thus you will find patches of graves hidden behind a tekel or in the middle of a residential neighborhood, disconnected from the main body of dead but still clearly once having belonged to them (which also means scores of apartment blocks are built over the dead) This head stone was isolated behind a crumbing wall at the edge of a line of apartment blocks stretching all the way down to the sea. From the turban, you can tell it most likely belonged to an imam or a religious official. All the graves in this area bear turbans, but this one is unique in that dozens of snails had gathered beneath the brim. Was their some special magic or hikmet to this man? All over Anatolia people flock to the graves of these holy men believing some kind of power still hovers over their graves. The snails were a sign. 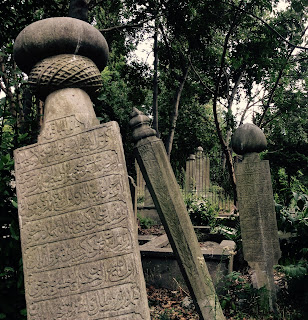 The turban on the tombstone at the front of this photo indicates the man buried beneath was part of the Imperial Council--the Divan-i Humayun.

At one point, footpaths and debris give way to large brick-lain avenues that cross between "islands" of graves. I followed one down a hill until it was met by another. At one corner of the crossroad was a police box, at the opposite corner a pair of graves in white marble and gold lettering. A large crowd stood in front of these headstones, hands uplifted in prayer. Surreptiously, I crossed in front of them and glanced at the names, Ahmet and Tenzile Erdoğan, the parents of the "President". People were walking backward as they left the area (it is disrespectful to turn your back on someone holy). A bus passed by filled with women and parked just down the hill. They unloaded, about 30 of them, and walked two by two down to the graves of the Erdoğans. Women had to pray from behind a small wall, just out of sight of the men and there the bus passengers gathered, opened their hands and began to recite the Fatiha. I didn't want to get too close. Even when I took this picture, the guards came out of the police box and stared at me, hands on their hips, until I walked away. I doubt anything would have happened but the increasing threats to those who "disrespect" Erdoğan and the degree of worship I saw here led me to err on the side of caution. You can see the graves just to the left in this picture. 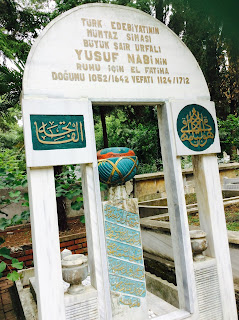 There are many graves of famous people throughout the cemetery, dating back all the way to the conquest. This grave belongs to Yusuf Nabi, "A Great Figure of Turkish Literature, Poet from Urfa" according to the inscription. He was a divan poet whose work often criticized the state and society in general. His pen name "Nabi" comes from the Kurdish "na bi" which means "Let it not be". 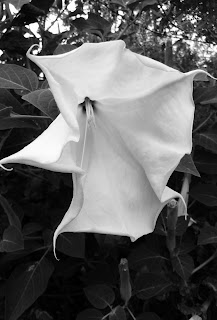 At one point, I took a short cut along the edge of the cemetery where it runs next to the highway. In a patch of weeds I found this flower--which, though you can't tell from the photo, was half the length of my forearm. The blossoms were so large and heavy that most of them hung toward the ground. Only this one managed to sit erect on the vine. 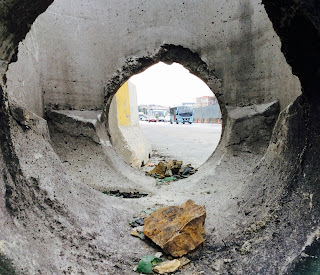 There is construction along the cemetery borders with the E5 highway. I took a picture of the road through a broken storm drain. It lay on the edge of a construction site that looked like it had dug into a portion of the cemetery grounds. 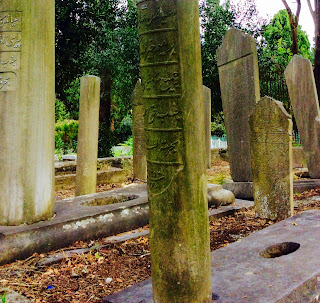 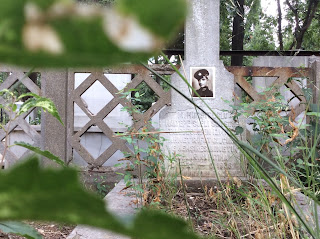 Through a crack in the wall, I made my way back down into the cemetery. Here was another patch of Ottoman graves sticking up from the middle of modern ones. Toward the end of the Ottoman period, it seems that pictures started being placed on gravestones. The photo on the second picture belonged to a young naval officer. 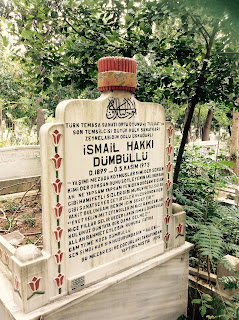 The cemetery is still in use and many famous men and women from the Republican period are buried here. This is the grave of actor Ismail Hakki Dümbüllü. The inscription praises his contributions to the art of theater. He was one of the last represenatives of the traditional Ottoman theater style called Tuluat, a kind of folk theater based on improvisation of well-known stories. You can figure out why they crowned it with a red turban from this film clip. 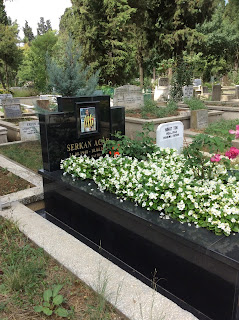 One of the more recent graves is that of Serkan Acar--a defender for the Fenerbahçe football club (soccer) in the 70s. 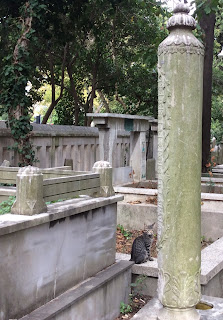 Much of the cemetery is now the dominion of cats. Old ladies sometimes set bowls of food among the tombstones. 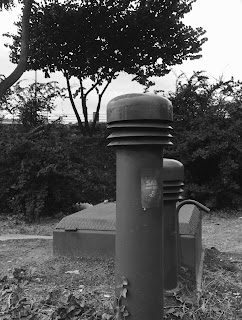 I left the cemetery around the Acibadem bus stop where the road emerges and leads to the Nautilus Mall. There, on the edge of the sidewalk was this modern reflection of the ancient Ottoman headstones.
Posted by Jeff Gibbs at 1:38 PM

Thanks, enjoyed reading, and watching the pics, I will visit the next time I am in Istanbul. Brings me the thoughts of my visit to the Nazim Hikemts'tribute festival here next month. I wonder where his grave is - will look it up.
Thanks again and iyi pazarlar