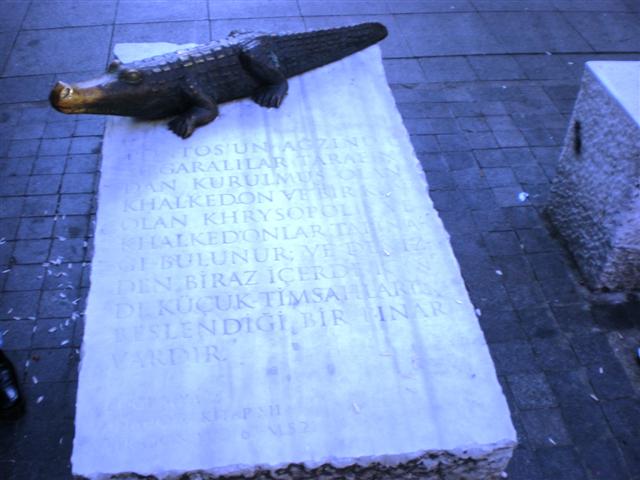 Email ThisBlogThis!Share to TwitterShare to FacebookShare to Pinterest
Labels: Travel

So, I was strolling around Kadikoy one evening, waiting for a boat out to work in the Kara Deniz. And there was this peculiar little alligator statue in the middle of the cross roads. With zero Turkish, I couldn't make head nor tail of the carving, but now I have at least an idea what it's about.
Internet 1 - rest of the "infosphere" NUL POINTS!

"D Palace" ? That could be anything from a casino to a local cat house? Any more details? It'll be years before I'm back in Istanbul, most likely, but I do remember my evening in Moda as a fun place, enlivened by this peculiar little puzzle.